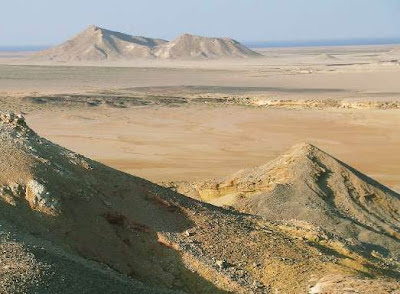 I am planning to build a small scenic base to photograph my completed figures on as I can't keep putting them on what looks like a field in Kent. Eventually I will need to make suitable scenery for a full size battle. Either by buying a mat or using foam squares. The price is about the same (£100) but one is obviously quicker!
I had a look for pictures of the desert in the Sudan to get an idea for colours and the appearance of rocks etc.

The colour of the sand looks not very different, not surprisingly, from the sand I saw in Egypt (as shown in my profile photograph). I am using Humbrol 121 for the bases (I can't deal with acrylics and I have been using Humbrol enamel since 1970) and this looks not far off. 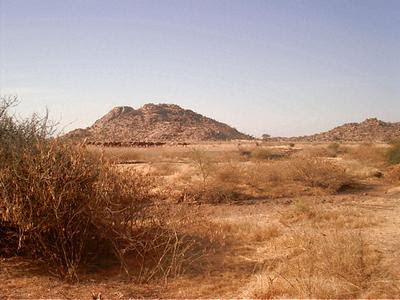 I have not put any grass or foliage on my bases but it is clear that there is some scrubby grass and bushes in some places. I need to find something appropriately dried out looking. 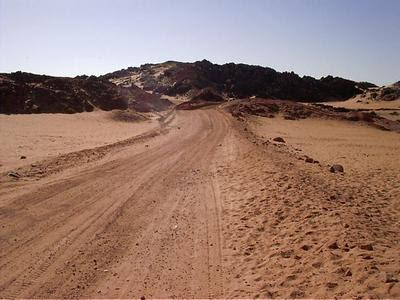 Michael Asher, in his book Khartoum, mentions black outcrops of rock sticking up from the sand and this must be what he was talking about. 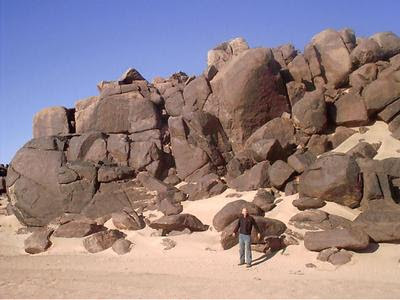 I remember a scene from The Four Feathers (The Alexander Korda one, which was filmed in the Sudan, not the recent Heath Ledger abomination which was filmed in Morocco and therefore looks wrong) set on rocks exactly like this. The sand in this shot is spot on for Humbrol 121! 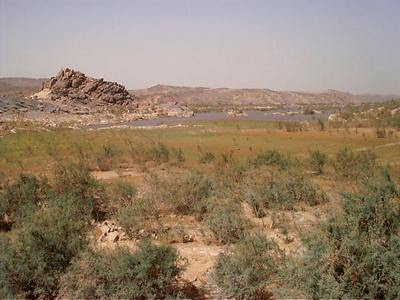 Closer to the Nile there is more greenery, of course but it's still not exactly lush. 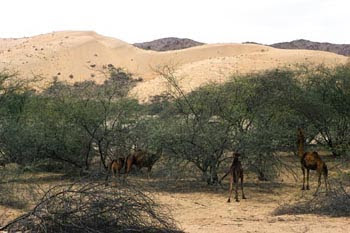 Acacia trees are mentioned a lot in my books and today, as the source of gum arabic, they are a great natural resource for the Sudan. Realistic Modelling Services make a few trees that would serve as acacias, primarily the African savannah and olive trees.
http://www.realisticmodelling.com/catalog.asp?subrange=Trees
Fortunately, I have quite a few of their olive trees so I can use them for my base.
Posted by legatus hedlius at 4:27 PM

Legatus - that is an excellent post and really informative. Many thanks! I've just finished 2 trial packs of Beja and was wondering what colour to paint the bases with. I use acrylics so I might give Foundry's "Base Sand" pallette a go; otherwise I'll track down that Humbrol colour.

When I painted a unit of Numidians as Caesarean Roman allies I wanted a kind of dusty, Mediterranean look for the bases but I added far too much grass - I find it's easy for the grass/bushes etc to dominate bases, particularly on single figures.