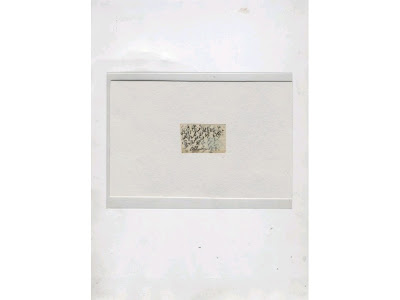 Up for auction this week is a tiny note from General Gordon written whilst Khartoum was under siege.

Dated June 22nd 1884 and written in Arabic it says "...Mudir of Dongola Khartoum and Senaar in perfect security and Mahamed Ahmed carries this to give you news and on his reaching you give him all the news as to the direction & position of the relieving force and their numbers and as for Khartoum there are in it 8 000 men and the Nile is rapidly rising on arrival of the bearer give him 100 reals mejide'h from the States C G Gordon."

It was beleived that it was smuggled out of Khartoum, probably in the courier's hair.

Guide price is £500-£700 and I am very tempted by this! The problem is that now it has been in the newspaper it will probably go for much more and I really need to get a new PC this month! Whoever buys it might also get press coverage and my wife would have a fit if she found out I had bought it when she is demanding new shoes!
Posted by legatus hedlius at 9:29 AM 9 comments:

Labels: Characters
Newer Posts Older Posts Home
Subscribe to: Posts (Atom)
A record of the building of British, Egyptian and Mahdist Armies from the war of 1883 to 1885 using 28mm figures.