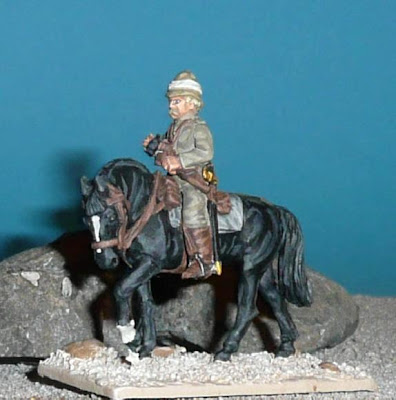 This is the commanding officer of my Sudan Expeditionary Force, Major General Sir Gerald Graham VC.

Graham was the only son of a Northumbrian doctor and was born on June 27 1831 in Acton, Middlesex. He was educated in Wimbledon and Dresden (he spoke and wrote fluent German and even translated some German technical texts relating to the Franco Prussian War). 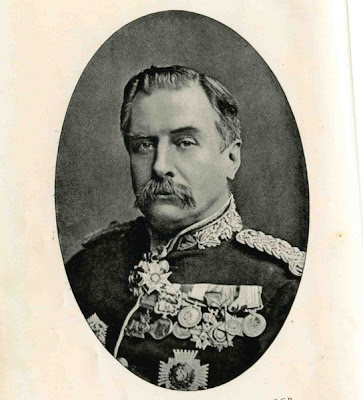 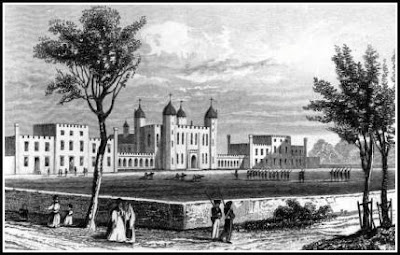 The RMA at Woolwich in the mid-nineteenth century 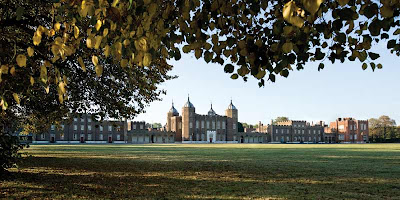 The buildings at Woolwich today. It is currently being turned into luxury apartments.

Graham was commisioned as a Lieutenant into the Royal Engineers in 1850 and found himself in action in the Crimea; taking part in the battles of Alma, Inkerman and Sebastopol. It was at Sebastopol that he won his Victoria Cross, leading a ladder party during the assault on the Redan on June 18th 1855. 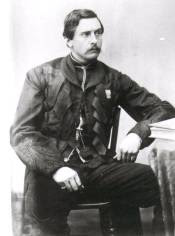 Graham as a new VC holder
A very brave man (Wolsey called him "the bravest man I have ever met") he was also made a Knight of the French Legion d’Honneur, received the Crimea medal with three clasps, the Turkish Crimea medal and the 5th Class of the Order of the Medjidie. 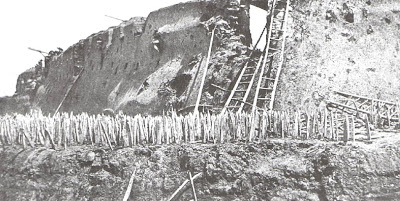 The Taku forts. Graham was hit by a ball from a jingal fired from the ramparts.

In the Second (or third, depending on how you classify it) China War he was seriously wounded in 1860 during the taking of the Taku forts but recovered to enter Peking with the victorious British Army. As a result of his services in this campaign he was made a Brevet Lieutenant-Colonel and a Commander of the Bath and received the China medal with two clasps.

He returned to England in 1861 and for the next 16 years he was Commanding Engineer successively at Brighton, Aldershot, Montreal, Chatham, Manchester, and York. In 1877 he was appointed Assistant Director of Works for Barracks at the War Office. 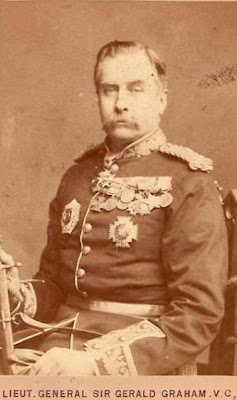 In 1882 he was, to all intents and purposes, unemployed when the call came to accompany his old friend Sir Garnet Wolseley to Egypt as a Brigadier General commanding the 2nd Brigade of the 1st Division thoughout the campaign. He was present at El Magfar, Kassassin and Tel-el-Kebir where he was in the thick of the action as usual. He was made a K.C.B. and received the thanks of both houses of Parliament, the Egypt medal with clasp, the 2nd Class Order of the Medjidie and the Khedive’s Star. 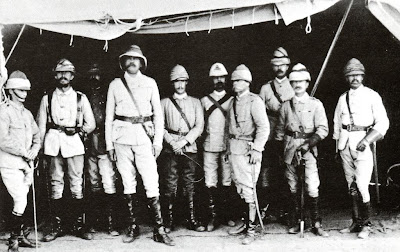 Graham and his staff at Suakin.
Following the Sudan campaign he was again officially thanked by both Houses of Parliament, promoted to Lieutenant-General for services in the field, granted the 1st Class Order of the Medjidie and awarded two clasps to the Egypt medal. He commanded the Suakin Field Force in 1885 for which he was thanked by both houses of Parliament for the third time, made a G.C.B. and received another clasp to the Egypt medal.
General Graham was placed on the retired list in 1890. He was made a G.C.M.G. in 1896 and awarded the ceremonial post of Colonel Commandant of the Corps of Royal Engineers in 1899. Lieutenant-General Sir Gerald Graham, V.C., G.C.B., G.C.M.G., died of pneumonia at Bideford on the 17th of December, 1899, and is buried at East-the-Water Cemetery, Bideford, Devon. 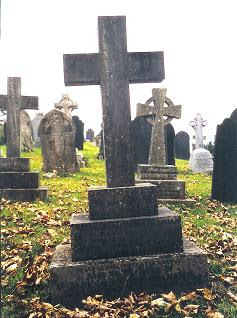 Graham's grave in Bideford
His Victoria Cross is currently owned by his Great, Great, Great Grandson, Oliver Brooks, and is on display at the Royal Engineers Museum at Gillingham, England.
Posted by legatus hedlius at 3:21 PM 5 comments:

Labels: British Officers, Characters
Newer Posts Older Posts Home
Subscribe to: Posts (Atom)
A record of the building of British, Egyptian and Mahdist Armies from the war of 1883 to 1885 using 28mm figures.