Some of the Perry Beja figures are shown with throwing sticks. These don't look that threatening but a throwing stick is one of the oldest weapons known to man. The oldest known throwing stick was dug up in Poland and was 20,000 years old. 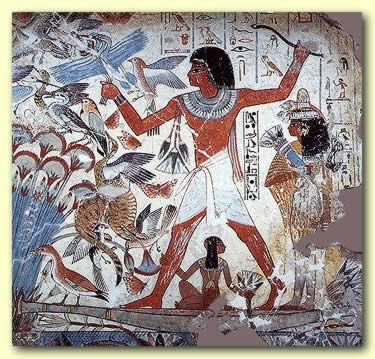 Developed for hunting, (Egyptian nobles have been depicted hunting birds with throwing sticks) they evolved into a weapon and then dropped out of use in most cultures to be replaced by other missile weapons such as spears, slingshots and arrows. However they persisted in the Sudan where they were first seen in neolithic times (6,000 BC) and were used by the local steppe hunters. 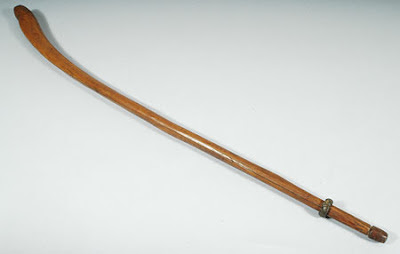 The Sudanese throwing stick, the Trombash (Bang in the South), had a curved end and was used to bring down camels and horses. Made of hard wood it would turn end over end in flight.

Infantrymen from the New South Wales contingent to the Sudan describe a "throwing stick shaped something like a boomerang", the boomerang being, of course the most sophisticated throwing stick. The Australians refer to a non-returning hunting boomerang as a Kylie. 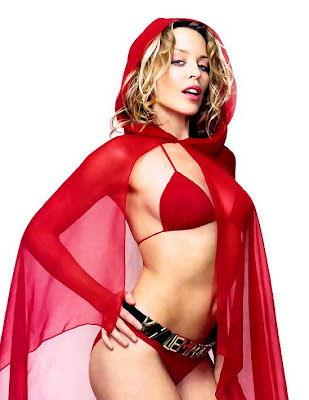 A Kylie. It's Australian, you chuck it but it doesn't come back. As Olivier Martinez has discovered!

In some parts of the Sudan the sticks, which were carved from branches or, sometimes, tree roots, were used as a defensive weapon to hook spears or swords away from the body.

Throwing sticks can have a range of 100-150 yards so are quite effective, although not as accurate or deadly as a slingshot, but are better against small multiple targets like birds or animal legs.

Labels: Mahdist equipment
Newer Posts Older Posts Home
Subscribe to: Posts (Atom)
A record of the building of British, Egyptian and Mahdist Armies from the war of 1883 to 1885 using 28mm figures.