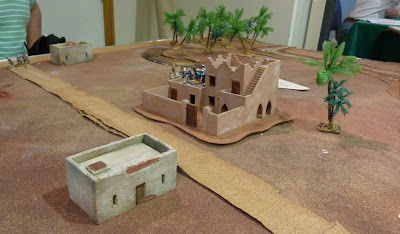 
Well, almost exactly one year after my last wargame I was back at Guildford having another Sudan game organised by Keith and joined, this time, by Matt and Alastair, authentically commanding the Black Watch.


This time we used a set of rules I hadn't come across before called Flying Lead. These are a semi-skirmish set which allow for either unit or individual movement. All actions are dice activated and contain a high element of chance as whilst each individual or group can throw up to three activation dice if you fail to meet the activation level of your troop types on the majority of your dice (eg: only get one out of three) then your turn finishes (even if you have only moved one person) and the other side gets their go. 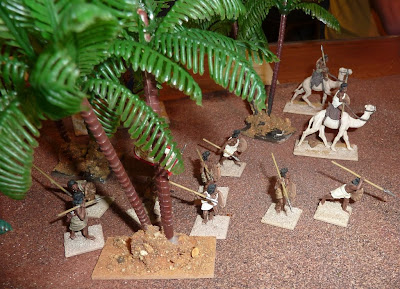 Initially, I have to say I found the rules totally baffling (I have always found the gaming part of wargaming tricky!) but by the end of the second game I was starting to work out some of the strategies involved and would happily give them another go. I think part of the problem was that I didn't have a copy of the rules so it was somewhat akin to trying to work out how to play a trumpet just by observing someone blowing and making seemingly random moves on the valves.


But I will pick up a copy of Flying Lead as they seem ideal for small actions: we had about 35 Beja against about 13 British and a Gatling Gun (which was horribly powerful-when it worked!). 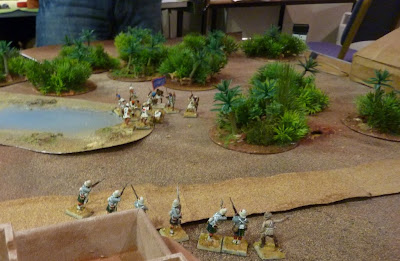 Keith set up a rather leafy part of the Sudan (we decided it must be very close to the Nile) and the objective of the first game was for a British patrol at the edge of the board to reach their stronhold in the centre. Keith and I, as the Mahdists, had to stop them. We had one unit of 10 Beja with rifles, one unit of 10 with spears and five camel mounted cavalry (the first time I had used them in a game) plus a late resevre of another unit of 10. 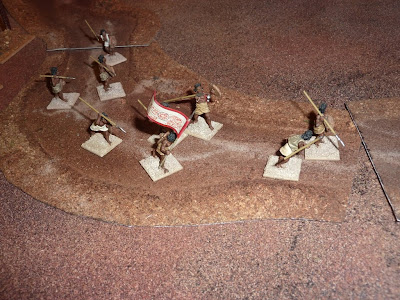 Skulking in the wadi

Keith had trouble getting his Beja with rifles to move at all and once I had been on the receiving end of some rifle fire I decided to hide my troops in a wadi or a palm grove, much to the derision of my opponents. However anytime any of my chaps put their heads out of cover they promptly got shot: too much open ground to cover with too short a movement phase. The first game ended with the Black Watch arriving at their stronghold with very little opposition. 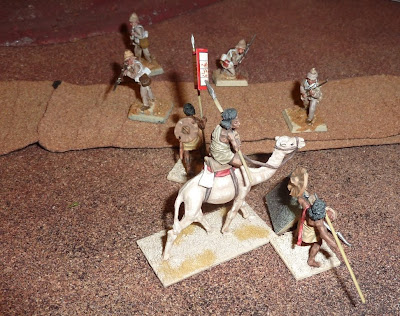 The Beja strike back!

In the second game, Keith increased the amount of cover available close to the outpost and this time I did manage to close to action and actually inflict a few casualties but it was another clear win for the infidels. 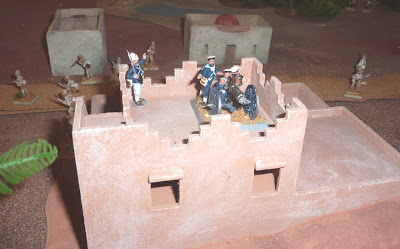 On reflection, I think that the rules are maybe a bit too generic for the Sudan and we probably didn't have enough men on the Mahdist's side to make a closer game of it. Outnumbering by two to one against troops armed with rifles and a Gatling gun is not enough! They would work much better against similarly armed and equal troops and look forward to trying them out for WW1 for example.


Nevertheless, it has enthused me to try to finish my unit of Beja camel troops. I painted another two for the game, including a standard bearer, and applied some of the Citadel dead grass to the bases. I think I only have to paint four more and I have the eighteen I need to represent the Beja mounted force at El Teb and Tamai. 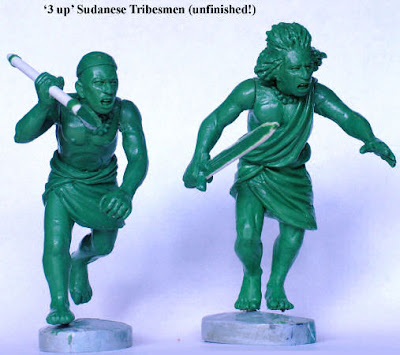 
On a wider Sudan front I am very much looking forward to the Perry plastic Mahdists and hope they will contain some early Ansar. I have seen a picture of some of the three ups and they at least contain plastic Beja and the later post Fuzzy hair beja (presumably a head option). 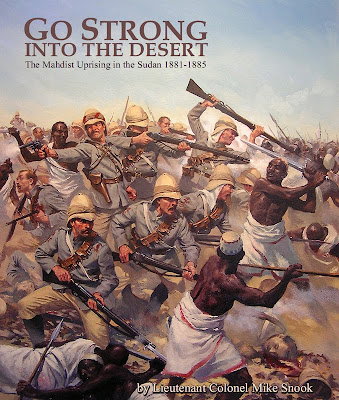 
Talking of the Perries, I bought a copy of their new book on the Sudan Wars Go Strong into the Desert by Mike Snook when I was at Colours the other week. It really is definitive and has fabulous illustrations, including fascinating present day photographs of the battlefields. Everyone who wargames the Sudan should get a copy!
Posted by legatus hedlius at 2:26 PM 3 comments:

Labels: books, Wargames
Newer Posts Older Posts Home
Subscribe to: Posts (Atom)
A record of the building of British, Egyptian and Mahdist Armies from the war of 1883 to 1885 using 28mm figures.