I haven't just been painting Royal Navy troops but have been getting on with some of the eighteen Beja camel mounted cavalry I will need. A mix of sword, rifle and spear armed troops. 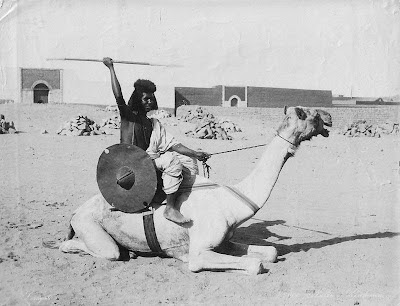 The Beja cavalry were virtually all camel mounted.

I love painting these Perry camels for some reason; much more than horses, which I hate painting. 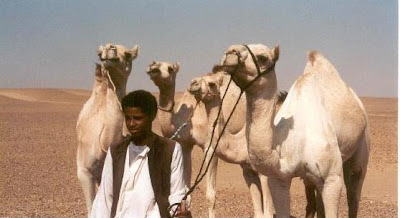 The Beja (especially the Bisharyyin, Ammar'ar and Haddendowa tribes) were great camel breeders (as they are now) and their off white Bishari camels, bred in Kassala and the Red Sea Hills are quite distinctive. When the reconquest of the Sudan took place in 1898 the British made sure that they had Bishari camels rather than the motley cocktail Redvers Buller pulled together to populate the Desert Column.

They are comparitively small and strong and today these camels are highly prized for racing. 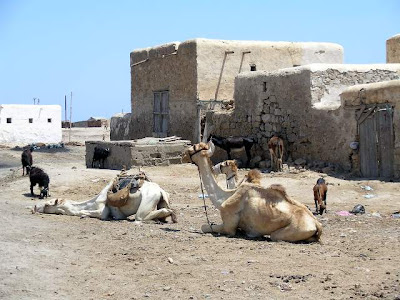 Here are some camels in Suakin. Note the distinctive mud brick buildings.
Posted by legatus hedlius at 8:38 PM 2 comments: 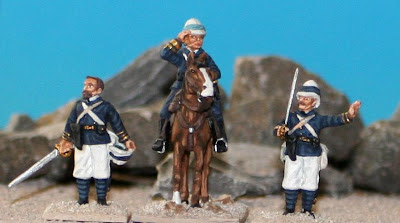 RN officers wore dark blue double breasted jackets with gilt buttons. Some wore white single breasted jackets. They wore white shirts with black ties. Trousers were white or blue. All leatherwork was black or brown, including shoes, although boots were worn as well.
Helmets were white with blue pugarees (or puggaree, pugree or pagri depending on how you spell it. From the Hindi for turban, anyway, derived from the Sanskrit parikarah).
Rank insignia were in gold on sleeves and were as shown:
http://www.royal-navy.mod.uk/server/show/nav.3761
Posted by legatus hedlius at 8:08 PM No comments:

I have completed my unit of Naval Brigade sailors. I have painted 14 figures, which is more than I need: five or six would be more accurate at a ratio of 1/33. But I felt that I needed a few extra for smaller skirmish and non-historical actions. 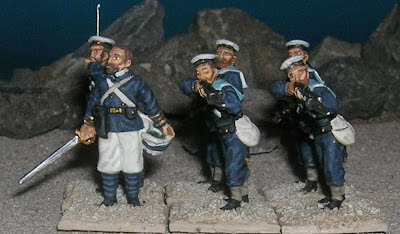 The information about uniforms for the sailors of the Naval Brigade is probably more unclear than for any other British unit in the Sudan. Partly this is because they are not a homogenous unit but consisted of sailors from a number of different ships. Even working out which ships they came from is not easy as these changed over the course of the campaign. Also artists of the time have shown them in different uniforms. I suspect they would not have displayed such a heterogenous look as I have depicted them in.
Headgear 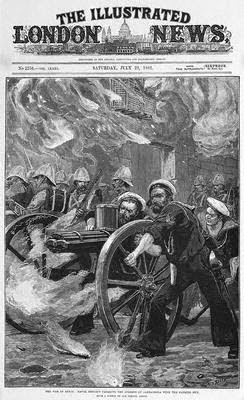 White covered (or blue, i.e. without the cover) round caps with black headbands, black ribbons and the name of the sailor's vessel in gilt wire on the headband.

An alternative was the wide-brimmed straw Sennet hat. Sennet was a particular type of straw much used in the Orient. Naval slang for this hat was a Benjy. They were abolished by the Royal Navy in 1921.

This is a Canadian version from the early Twentieth Century.

Perry Miniatures do not offer a figure in a Sennet hat, even though Michael Perry mentions and illustrates the hats on his useful uniform guide on the Perry miniatures website.

Copplestone Castings used to do RN sailors in Sennet Hats but they have withdrawn them.

Redoubt do some but the figures are crude and I suspect that they are far too large to use with the Perry figures.

There is a picture from the time illustrating sailors in Sennet Hats and white trousers.

I have seen these described as black or brown with brass buckles.

Everyone seems to agree that these were black.

I have seen this described as having a grey felt cover.

So, it seems that you can use pretty any combination of these and probably be right!

Tomorrow I will look at the officers' uniform. 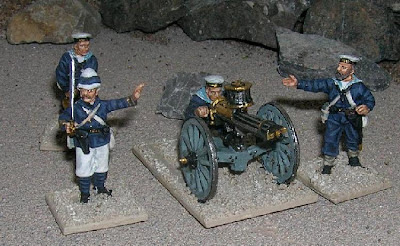 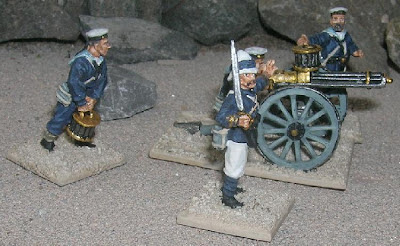 I finished the Gatling Gun and crew during my holiday last week. Nothing sums up the Colonial period like a Gatling Gun and they are often used as a symbol of appalling British Colonial tyranny by apologists when speaking about the British Empire. 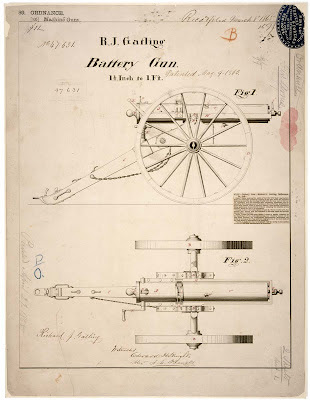 The Gatling Gun was invented by Richard Jordan Gatling in 1861. It had 6 barrels originally and an effective range of 1200 yards. Despite the date they only saw limited service in the American Civil War.

The British adopted it for Colonial service in the 1870s and the RN mounted them on board ships as a deck-clearing (prior to boarding) weapon. It never saw action in this capacity, combat by boarding having long finished. 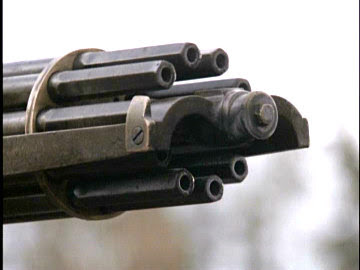 The RN Gatlings were made under licence in Britain and had ten .65 calibre barrels (not the more usual .45 calibre), and with the side cranked mechanism used had a rate of fire of 800 rounds per minute (in theory). 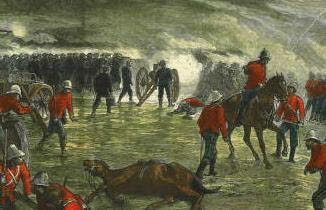 It's first use by the British in action (by Naval Brigade troops) was at the battle of Gingindlovu on 2nd April in the Zulu War of 1879. The model used in the Sudan (as in South Africa) was probably the 1871 model. It was deployed in the Ashanti war but didn't see action (other than a demonstration to impress some Ashanti envoys!).

The cylindrical magazine was called a Broadwell drum after L. W. Broadwell, an agent for Gatling's company. Inside were 20 stick magazines arranged around the central axis, each holding 20 cartridges with the bullet noses oriented toward the centre. As each magazine emptied, the drum was manually rotated to bring a new magazine into use until all 400 rounds had been fired. 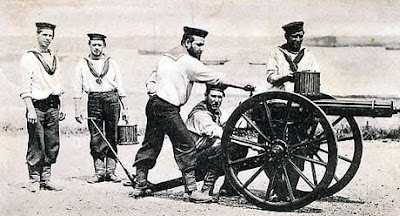 Valentine Baker had (and lost!) two Gatlings at first El Teb. The Mahdists had one of these Gatlings available in their battery at Second El Teb (recaptured by the British at the battle) although I haven't seen any accounts that they actually used it during the battle (unlike the Krupp Guns). Graham had three Gatlings (all with naval crews)which saw action at second El Teb and Tamai. Unlike the other artillery which was transported in pieces by mule or camel the Gatlings and Gardeners were moved purely by the muscle power of their bluejacket crews.

I only need one for my force and one Gardner, which I have bought but not built. I made the mistake of building the Gatling gun before painting it and the whole operation was a lot more difficult as a result. The Gardner will be painted and then assembled! These sailors have the grey felt covers for their water bottles that were issued at the time for naval personnel.


I have a particular affection for the Gatling gun (horrible thing though it must have been, particularly if you were a tribesman armed only with a spear and hide shield) as my father bought me a model one when I was a little boy. It was grey plastic and mounted on wheels. You dropped those little silver balls that you decorate trifles with into a hopper on the top, turned the handle and they spat out the barrel and mowed down my Timpo soldiers very effectively. I would pay quite a lot of money to find one of those models again!
Posted by legatus hedlius at 9:45 PM 3 comments: