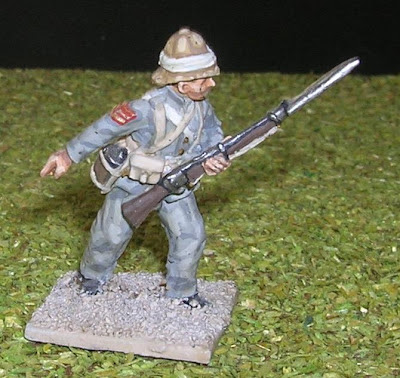 These are my first British troops, painted as line infantry in the grey uniform issued to the expeditionary force. Perry Miniatures of course. 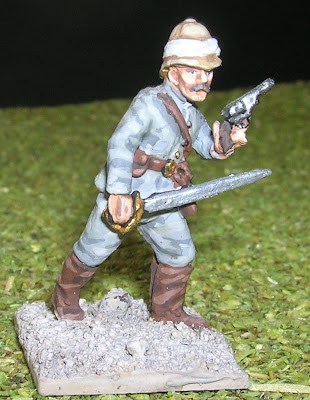 For El Teb (or et-Teb, as I have also seen it written, notably in Michael Asher's book) and Tamai there were no line troops wearing this uniform as they were all Highlanders, Rifles, Naval Brigade or troops in khaki Indian service dress. These chaps will have to wait!
Posted by legatus hedlius at 8:29 AM