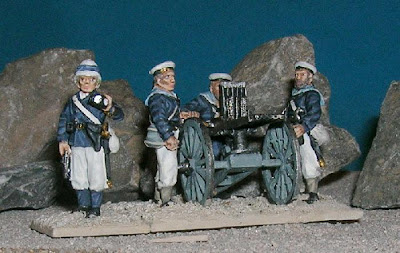 The success of the Gatling Gun soon encouraged others into the market The Gardner Gun was invented in 1874 by a former Civil War Captain in the Union army William Gardner of Ohio. 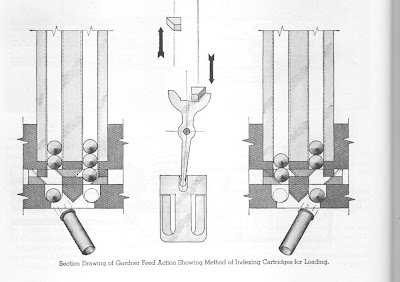 Origninally it had only two barrels and a crank loaded and fired each barrel in turn. 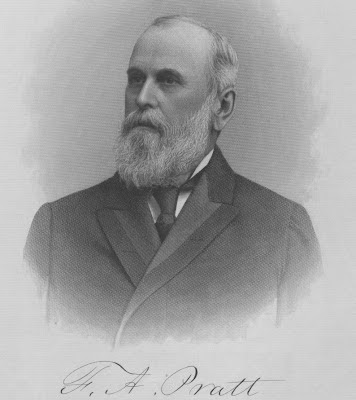 Francis Pratt
He needed finance to produce it, however, so went to the newly formed Pratt and Whitney Company. Francis Pratt had worked for Colt and had a reputation for being one of the top gun designers working. 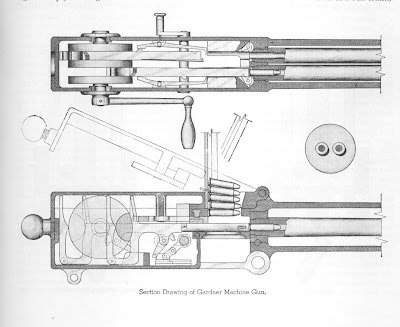 Mechanism of the original two-barrelled version.

It was developed in conjunction with Pratt and Whitney but despite successful trials from 1875 until 1879 the US Army declined to buy the gun, as they felt it was not an appropriate weapon for their only military activity at the time, against the plains Indians. 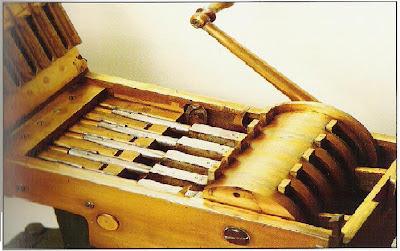 Inside the crank case for the five-barrelled version.
The Royal Navy, having already bought the Gatling Gun, were more interested, however and Gardner was invited to England to demonstrate the gun, which by now had a five barrel version as well. 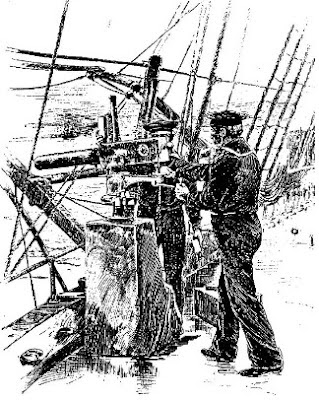 The two-barreled version on board ship.

The Admiralty were impressed enough that they not only adopted the weapon but bought the rights to produce it. Gardner stayed in England to supervise the construction of the weapons in Leeds and lived there for the rest of his life, dying in 1886. The British Army bought the gun in 1880 but its actual introduction by them was delayed because of opposition by the Royal Artillery.

The gun was light, reliable and could fire over 800 rounds a minute. 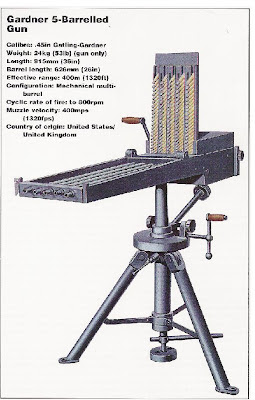 Posted by legatus hedlius at 8:32 PM