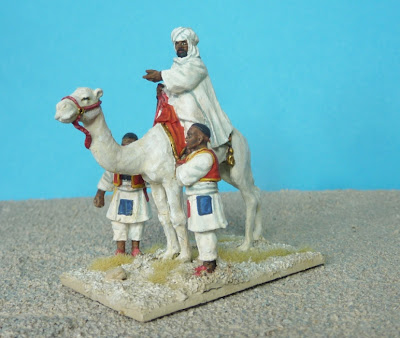 Many of my figures sit around for years before they are finished and these are no exception.  It's over six years since I started the Mahdi as the first figures in my Sudan collection.  I was getting on quite well until, having painted his camel in a nice biscuit colour, I discovered that he rode a white Bishari camel.  I couldn't face repainting it and finishing the other figures so I just shelved it, as the Mahdi wasn't present at the first two battles I was painting figures for (2nd El Teb and Tamai). 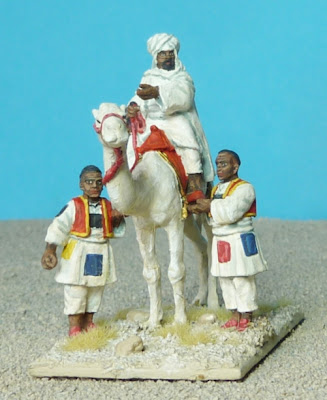 Today, however, I had a bit of spare time but not enough to do anything on the Prussians so I thought I'd finish off the Mahdi and his two supporters.  In the interim he had suffered quite a lot of knocks (being unvarnished) so I had to do quite a lot of repair work over and above repainting the camel and finishing his supporters.  Anyway, here he is and these are the only multi-based figures (other than a machine gun and crew, I think) I have ever done. 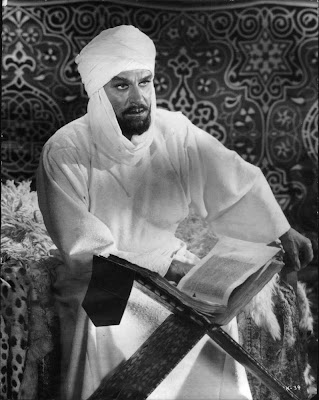 The Perry version of the Mahdi looks more like Laurence Olivier in Khartoum (1966) rather than the historical figure.  Khartoum is one of the better sixties historical epics and even gets many of the uniform details (unlike the 2002 The Four Feathers which had all the British in red coats) right (such as the Camel Corps and the Egyptian army's cuirassiers). 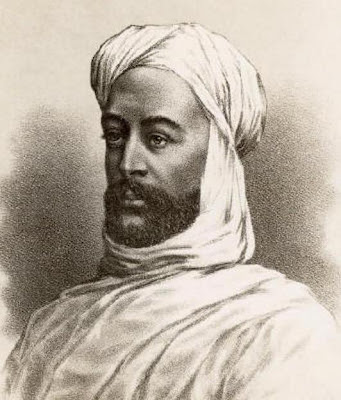 
The portrayal of the Mahdi's army, however, in Khartoum isn't as accurate as in the 1939 version of The Four Feathers (where they used real Beja tribesmen) mostly because it was shot in Egypt and not the Sudan like the older film.

Newer Posts Older Posts Home
Subscribe to: Posts (Atom)
A record of the building of British, Egyptian and Mahdist Armies from the war of 1883 to 1885 using 28mm figures.